Home / SSPX / The SSPX and Female “Doctors” of the Church

The SSPX and Female “Doctors” of the Church

The SSPX and Female “Doctors” of the ChurchOctober 23, 2016 Sean Johnson
SSPX 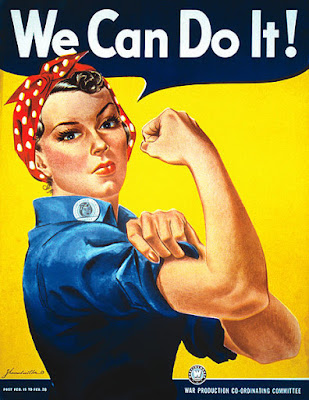 In the history of the Catholic Church, one will not find such a thing as a female “Doctor of the Church.”

As Fr. Peter Scott (SSPX) once explained, such a designation was a post-conciliar novelty, because:

“Liturgically they are not Confessors but Virgins, nor can they be treated as Confessors, for the public teaching of the Faith is not something that can be delegated to women, according to St. Paul: “Let women keep silence in the churches: for it is not permitted them to speak, but to be subject, as also the law saith. But if they would learn anything, let them ask their husbands at home. For it is a shame for a woman to speak in the church” (I Cor. 14:34, 35).”
http://ablf3.com/threads/sspx-accepts-female-doctors-of-the-church.669/

In the same article, Fr. Scott explained that:

“However, we must be aware that we are not using this term in the same way as it is used to indicate Doctors who are Confessors, whether Pontiffs or not. When applied to a Doctor who is a Virgin it takes on an analogical and quite different sense to that which it has for a Doctor who is a Confessor. These holy Virgins taught despite themselves, moved by divine inspiration, without having any pretense of having the public function of doing so. Furthermore, these Doctor Virgins can clearly not be assimilated to Doctor Confessors in the texts of the Liturgy. However, it is in the liturgical offices that the practical consequences of the title of “Doctor” are most felt, hence the bizarreness of Doctor Virgins, for whom there is no place [propers] in the traditional Mass.”

Yet here on the official SSPX French District website, we have St. Therese listed on the liturgical calendar as Doctor of the Church:

And switching to the US District website, we find this drive-by article, which makes none of the careful distinctions of Fr. Peter Scott and the SSPX of yesteryear:

“St. Teresa has been highly revered in the Catholic Church ever since. In 1622, she was canonized by Pope Gregory XV at the same time as St. Ignatius of Loyola and St. Francis Xavier. In 1817, St. Teresa was declared the patron saint of Spain. In 1970, Pope Paul VI gave St. Teresa the honorific title “Doctor of the Church.” She was the first woman in history to receive that title. Her feast day is October 15.” http://sspx.org/en/news-events/news/st-teresa-avila-doctor-church

Note that none of the nuances, distinctions, caveats, or explanations contained in Fr. Peter Scott’s earlier article are contained in the article above.

Years ago, Fr. Peter Scott rhetorically asked the question why churchmen would want to expand the concept of “Doctors of the Church.”

“We could legitimately ask the question why clergymen would feel the need to expand the notion of a Doctor to include women, and whether there is in this desire a deep-seated influence from the feminist egalitarianism that is one aspect of the post-Conciliar revolution in the Church. It certainly seems that this is the real motivation.”
http://sspx.org/en/can-women-saints-be-doctors-church

Now the question changes a bit, and we wonder, “Why has the SSPX omitted the careful caveats, distinctions, and explanations of yesteryear? Why does it now simply recognize female “doctors” of the Church without comment, adding them to the liturgical calendar, as though there were no issue surrounding this novelty?

Could it be that Menzingen wants to signal to Rome just how much “progress” it has made, by omitting its former reservations (as it has done in so many other areas), in the hopes of facilitating the practical, bilateral accord, which will be its death warrant?