Prelude to a Papal Deposition (Revisited)

Back on November 21, 2016 (i.e., Ten months ago), Sodalitium Pianum posted the following article in the immediate aftermath of the dubia raised by five cardinals to certain heretical propositions contained within the Apostolic Exhortation Amoris Laetitia.

The ultimate conclusion of this article was that the cardinals seemed to be preparing to commence deposition proceedings against Pope Francis.

In the wake of the recently published Filial Correction, combined with the silence of Pope Francis, that eventuality seems inescapable: The man too proud to bend the knee to Christ during his own Masses is certainly not in possession of the requisite humility to publicly retract his heresies.  On the contrary, we now hear whispers of his desire to suppress the college of cardinals altogether, allowing him to choose his own successor (see here at minute 2:10).

As analytics indicate this article has been receiving renewed attention, we re-post it here, that our readers may reacquaint themselves with the “mechanics” of what a papal deposition would entail.

We may see this process play out first-hand very soon.

For proof that a Pope can be deposed, see HERE 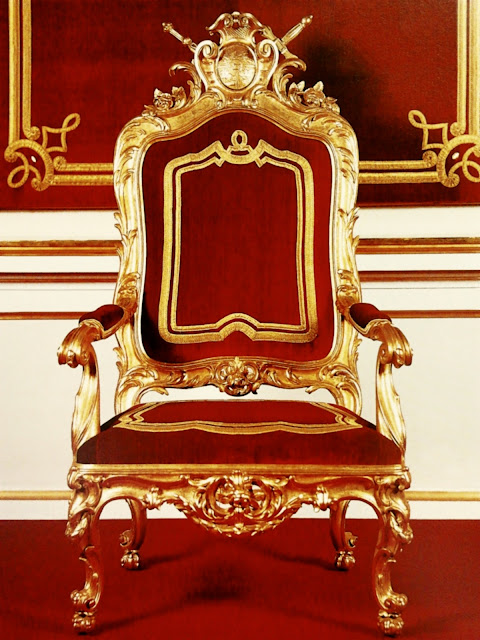 Prelude to a Papal Deposition?

In the fall of 2014, the Dominicans of Avrille published an article in their French-language journal (La Sel de la Terre),[1] in which Fr. Pierre Marie, O.P. translated an excerpt from the work of John of St. Thomas’s Disputatio II , which considers the question “Can the Pope be deposed by the Church as he is elected by Her, and in what case?”[2]in support of the latter’s contention that the Church could depose a heretic Pope.[3]   Avrille went on to cite several other weighty authorities in support of John of St. Thomas’s position, which included firstly Cajetan, but also Bannez, Billuart, Lagrange, St. Alphonsus Liguori, and the Carmelites of Salamanca.[4]

The primary purpose of the article was for Avrille to demonstrate, according to the opinion of John of St. Thomas and Cajetan, et al., that an heretical pope can only be deposed by declaratory sentence of a General Council (as opposed to the sedevacantists’ championing of the position of St. Robert Bellarmine, that an heretical pope is deposed from office for heresy ipso facto).

In the course of developing their arguments, John of St. Thomas and Cajetan outlined not only the conditions by which such a declaration would be possible, namely:

But they also outlined the process by which the deposition would take place:

As the article explains, “the declaration of a crime is like an antecedent disposition preceding the deposition itself.”[6]

Interestingly, John of St. Thomas, in discussing who would have the authority to convene (i.e., organize) such a council, says that:

“I believe that this is not assigned to a specific person, but it can be done either by the Cardinals who could communicate the news to the bishops…”[8]

Moreover, John of St. Thomas says that “the Pope cannot annul such a Council or reject it…”[9]

II. The Process in Action

Are the Cardinals Following this Process?

On November 14, Cardinals Burke, Brandmuller, Caffarra, and Meisner, made public a formal list of “dubia” presented to Pope Francis and Cardinal Muller two months prior, regarding certain heretical propositions contained in the Apostolic Exhortation, Amoris Latetia.  In addressing the Holy Father by this means, they instituted a formal corrective process (an acknowledgement made in an interview given to Catholic Action President, Thomas McKenna the same day).[10]

The following day, in another interview with the National Catholic Register, Edward Pentin asked Cardinal Burke:

“What happens if the Holy Father does not respond to your act of justice and charity and fails to give the clarification of the Church’s teaching that you hope to achieve?”[11]

“Then we would have to address that situation. There is, in the Tradition of the Church, the practice of correction of the Roman Pontiff. It is something that is clearly quite rare. But if there is no response to these questions, then I would say that it would be a question of taking a formal act of correction of a serious error.”[12]

That sounds like the Cardinal is speaking of “next steps,” in which case, he clearly considers himself to be acting out a process.

A process for what?

The questions begin to get a bit scary, and after this last one, Edward Pentin abruptly decides to end the interview, with the 800lb gorilla lingering noisily in the room:

“If the Pope were to teach grave error or heresy, which lawful authority can declare this and what would be the consequences?[13]

“It is the duty in such cases, and historically it has happened, of cardinals and bishops to make clear that the Pope is teaching error and to ask him to correct it.”[14]

It is easy to see why the interview ends on that dramatic note, since the only logical follow-up question which naturally presents itself to the mind is:

“What happens if the pope refuses to correct his error?”

And herein lies the most pertinent observation:

Cardinal Burke (and the other three Cardinals), in and of themselves, have no power or authority to correct or judge the Pope.  Yet, if Cardinal Burke is nevertheless speaking of proceeding to take a “formal act of correction,” it can only indicate –logically, doctrinally, and canonically- that he is alluding to his intention to “communicate the news to the bishops” to convene a General Council, condemn the Pope’s errors, and depose him.

There is no other recourse open to him at the formal and public level (i.e., the level at which he has declared his intention to pursue this matter).

This being the case, the question presents itself:

Are we seeing in the public and formal actions of Cardinal Burke and his allies, a prelude to an attempt at formal papal deposition for heresy?

It certainly looks that way.

The least that can be said is that, according to the writings of John of St. Thomas and Cajetan, were one theoretically to depose the Pope in our day, the process by which the Church would bring about that result would look remarkably similar to the course the Cardinals have already embarked upon.

Unfortunately, we must regrettably concur with Fr. Pierre Marie, O.P. who observes that the prospect of ever convening such a Council in our day is extremely slim:

“But at the same time, it shows the difficulty of such a judgment in the present circumstances of the Church.  Indeed, it is easy to see that the vast majority of bishops share the Pope’s ideas about false ecumenism, false religious freedom, etc.  It is therefore impossible to imagine in the current circumstances, a judgment of a General Council which would declare the heresy of Pope Francis.

Humanly speaking we see the situation is hopeless.  We must wait that the Providence, in one way or another, shows the way to overcome this impasse.  Meanwhile, it is prudent to maintain the position of Archbishop Lefebvre and pray for the Pope, while resisting his “heresies.”[15]

Still, the reactions of the four Cardinals to the heresies of Amoris Laetitia seem to indicate that, if perhaps these have lost the traditional Faith doctrinally (i.e., They have swallowed the errors of Vatican II), they have likely done so in ignorance, rather than malice (or, materially, rather than formally):

Their vigorous reaction to the heresies in the moral domain, on their stated basis of fidelity to their duties of state, suggests they would also oppose them in the doctrinal realm, for the same reason, were they cognizant of them.

Lord willing, this good disposition, coupled with the opposition to Francis now brewing, will be the Providential cause of their further conversion.

With God, all things are possible (however unlikely), and to pray for such a result is the practical application of the virtue of hope, the attainment of which we all ought to aspire, and the achievement of which is so necessary in our times:

Look at what solutions are offered for the recovery of the Church amidst the present crisis when this hope is eclipsed by despair: Sedevacantism, practical accords, open capitulation, or loss of faith.

[1] La Sel de la Terre (No. 90, Fall/2014).  That article was translated from Latin into French by Fr. Pierre Marie, O.P. (Prior, Avrille Dominicans), who also authored a foreword to the article.  He also authored the conclusion to the article, as well as several “Annexes” to it.  The article was subsequently translated from the French into English by Fr. Juan Carlos Ortiz, and published on the Avrille Dominicans’ English-language website in two installments, available here: http://www.dominicansavrille.us/on-the-deposition-of-the-pope-part-1-of-2/

[3]As opposed to the contention of Bellarmine and Suarez that an heretic pope is deposed ipso facto.

[4] http://www.dominicansavrille.us/on-the-deposition-of-the-pope-part-2-of-2/Scroll down to the section titled “Annexes”

[5] That such heresy be “public and legally notorious;” That the pope be “incorrigible and pertinacious;”  http://www.dominicansavrille.us/on-the-deposition-of-the-pope-part-1-of-2/