Happy Feast of Our Lord Jesus Christ the King! 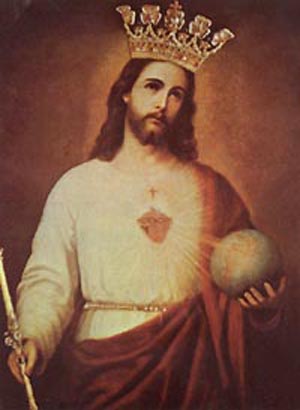 “Vatican II stipulates first of all that religious liberty must be confined within “just limits,” (Dignitatis Humanae, 1) according to the juridical rules . . . consistent with the objective moral order, which are required in order effectively to safeguard the rights of all … authentic public peace… as well as the protection due to public morality. (Dignitatis Humanae, 7)” That is all very reasonable, but leaves aside the essential question, which is this: Does not the State have the duty, and therefore the right, to safeguard the religious unity of the citizens in the true religion and to protect the Catholic souls against scandal and the propagation of religious error and, for these reasons only, to limit the practice of the false cults, even to prohibit them if need be?

This is why it must be said that the “limits” fixed by the Council onto religious liberty are only dust in the eyes, concealing the radical defect from which they suffer and which is not to take into consideration the difference between truth and error! Against all justice they pretend to attribute the same right to the true religion and to the false ones, and they then strive artificially to limit the damages by barriers, which are far from satisfying the requirements of Catholic doctrine. I would readily compare “the limits” of religious liberty to the security guardrails on the highways, which serve to contain the swervings of the vehicles whose drivers have lost control. In the very first place, it would still be a question of reminding the drivers of their duty to follow the traffic laws!”
(Archbishop Marcel Lefebvre, “They Have Uncrowned Him,” pp.204-205)