But Didn’t Fr. Pulvermacher Say the New Mass Was Not Grace-Giving (Part I)? 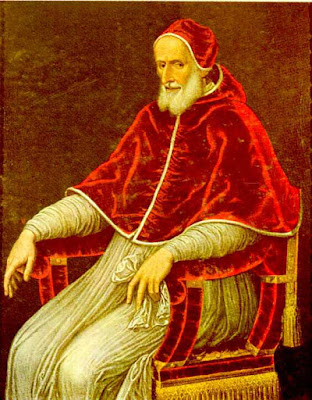 Objection: But in the March/1984 issue of The Angelus, Fr. Carl Pulvermacher said of the new Mass, “I do not say they are always invalid. However, this alone doesn’t make them good. The New Mass is not grace-giving.”

The contention of Fr. Pulvermacher takes place within the following Q&A (Provided in entirety):

Q. We started going to our parish church (Novus Ordo, of course) on the Sundays there was no traditional Mass here. My question is this. Is it wrong to go to our parish church when the traditional Mass is only available so infrequently? Is it wrong to receive Communion or any other Sacrament in the Novus Ordo church? Is the bread and wine really transubstantiated into the Body and Blood of Christ at the Novus Ordo Mass? S. P., Kasson, Minn.
A. Here we get down to the bare facts. In all questions like this I always advise people to avoid attending the New Mass, as well as the altered Sacraments. I do not say they are always invalid. However, this alone doesn’t make them good. The New Mass is not grace-giving. It is not our Catholic Mass. The only reason it was created was to destroy our true Mass. This excuse of people not being able to understand the Latin language is silly. We were always instructed to follow with our English (or other) missals. Latin is still the official language of the Church. Anybody telling me the New Mass in Latin is easier to understand than the Tridentine Mass is surely joking. The real thing is better than the substitute.

It is immediately evident that Fr. Pulvermacher’s conclusion is reached without offering any supporting rationale to sustain it.

As such, Fr. Pulvermacher’s assertion that “the new Mass is not grace-giving” would seem to fall under the condemnation of logical fallacy (i.e., an error in reasoning).

In this case, the specific fallacy arises as a violation of the maxim “quod gratis asseritur, gratis negatur” (“that which is freely asserted, can be freely denied”).

In other words, where there should first have been an exposition of sacramental theology in support of the conclusion reached, there is instead only the unsupported conclusion.

Since, therefore, the conclusion is based on nothing, it can be discarded without attempting a refutation (as there is no reasoning to contradict or deconstruct).

In modern parlance, we would call Fr. Pulvermacher’s conclusion a “gratuitous assertion;” a term which is itself derived from violation of the maxim “quod gratis asseritur, gratis negatur.”

Moreover, Fr. Pulvermacher informs us in a follow-up response that his gratuitous conclusion occasioned a rather strong response of opposition from his SSPX readership:

“Several people objected to my saying, in last month’s column, that the New Mass was not grace-giving. “It is heresy to hold a valid Mass is not grace giving.”

Apparently, the present author was not the only one who noticed the incompatibility of Fr. Pulvermacher’s statement with the Council of Trent (Session 7: Canons 6-8), which state:
CANON VI.-If any one saith, that the sacraments of the New Law do not contain the grace which they signify; or, that they do not confer that grace on those who do not place an obstacle thereunto; as though they were merely outward signs of grace or justice received through faith, and certain marks of the Christian profession, whereby believers are distinguished amongst men from unbelievers; let him be anathema.
CANON VII.-If any one saith, that grace, as far as God’s part is concerned, is not given through the said sacraments, always, and to all men, even though they receive them rightly, but (only) sometimes, and to some persons; let him be anathema.

CANON VIII.-If any one saith, that by the said sacraments of the New Law grace is not conferred through the act performed, but that faith alone in the divine promise suffices for the obtaining of grace; let him be anathema.


We will address Fr. Pulvermacher’s follow-up response in the next post.