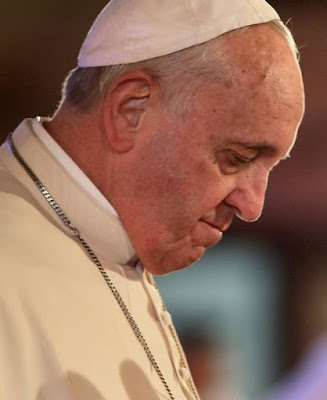 [On November 21, I published an article titled “Prelude to a Papal Deposition?” in which I observed that the public and formal process being taken by Cardinal Burke and his three Cardinal collaborators in response to the heresies of Amoris Laetitiae looked very much like that which would precede a papal deposition for heresy.  One of the steps in that process (i.e., That the bishops and Cardinals be notified of the Pope’s errors) implies that upon such notification, the Cardinals and bishops support and convene a General Council for the purpose of deposing the Pope.

This letter of Bishop Athanasius Schneider is an example of widening support for the four Cardinals’ actions.
If, against all hope, such support should spread, we would have to presume the process would continue to work itself towards a deposition (there being no other “public act of correction” available to the Pope’s inferiors besides a General Council to depose him).
As was the case in the article “Prelude to a Papal Deposition?” regarding the actions of the four Cardinals, we make here the same caveat regarding Bishop Athanasius Schneider: These men are all “hermeneuticists” (i.e., They do not perceive the doctrinl rupture presented by the documents of Vatican II and so many of the post-conciliar “reforms”), and though they do a good thing for the Church in opposing the heresies of Amoris Laetitia, our support for them is limited by, and directly proportionate to, their fidelity to the integral Faith (moral and doctrinal).
As an aside, who can help noticing (in both the Cardinals’ public interviews and announcements, and Bishop Schneider’s letter below) the similarity of arguments and authorities adduced in support of their resistance to the moral errors of Francis, and the arguments and authorities cited in Archbishop Lefebvre’s doctrinal resistance to the errors of Vatican II and the post-Vatican II reforms?
It would seem, from the obligatory references to Vatican II which begin Bishop Schneider’s letter, that he himself is conscious of the possible comparison, and makes those references to show his support of the Council, thereby distinguishing himself from the Archbishop who rejected it.

God willing, it will occur to the bishop (and the four Cardinals) that if a Pope can err in morals, he can err in doctrine.

Bishop Athanasius Schneider:
In Defense of the Four Cardinals