No Grace from the New Mass (Part I)? 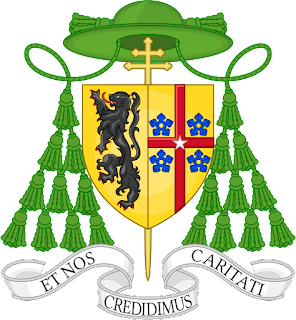 Objection: But Archbishop Lefebvre said the New Mass Doesn’t Give Grace!Response:This is the quote presented by the adversaries of Bishop Williamson, desirous of proving that Archbishop Lefebvre taught that no grace flowed from valid Novus Ordo Masses (and consequently, that His Excellency erred when he declared during his June 28, 2015 conference in Mahopac, New York that spiritual nourishment could, in certain circumstances, still be found there):

“The current problem of the Mass is an extremely serious problem for the Holy Church. I believe that if the dioceses and seminaries and works that are currently done are struck with sterility, it is because the recent deviations drew upon us the divine curse. All the efforts that are made to hang on to what is being lost, to reorganize, reconstruct, rebuild, all that is struck with sterility, because we no longer have the true source of holiness which is the Holy Sacrifice of the Mass. Profaned as it is, it no longer gives grace, it no longer makes grace pass.” (Archbishop Lefebvre, “A Bishop Speaks,” p. 115-116. Angelus Press, 2007).

Does this passage refute Bishop Williamson’s comment (and consequently, the Catechetical Refutation, which defends it)?

There are at least four distinct arguments which preclude giving this passage the reading Bishop Williamson’s opponents would rend from it:

The paragraph immediately prior to the quote provided ends with these two sentences:

Then follows the quote excerpted above, in which is contained another suggestion that what is being discussed are invalid Masses:

“…because we no longer have the true source of holiness which is the Holy Sacrifice of the Mass.”

In all probability, therefore, Archbishop Lefebvre is most likely speaking of invalid Novus Ordo Masses.   Concluding otherwise would be quite a stretch, for the reasons which follow.

The contention made in the Catechetical Refutation is that, following upon the Council of Trent (Session 7, Canons 6-8):

As “it is infallibly certain that those who attend a valid Novus Ordo, and receive Communion in the state of grace, have received an increase of sanctifying grace (which is the “spiritual nourishment” par excellence), there can be no question as to the doctrinal correctness of Bishop Williamson’s comment.” (Catechetical Refutation, #7)

If the statement by Archbishop Lefebvre above was made with reference to valid Novus Ordo Masses, would it disprove this contention?

Because the Novus Ordo must be considered under two aspects:

1) The new Mass as Sacrament (i.e., Does the sacrament transmit grace);

2) The new Mass as a Rite of Sacrifice (i.e., Does the Rite transmit grace).

This distinction is contained and affirmed in every approved pre-Vatican II manual of sacramental theology, and in English language sources, the following is contained in Msgr. Pohle’s  Dogmatic Theology IX. The Sacraments, Vol. 2: The Holy Eucharist (p. 272):

“Sacrament and Sacrifice are such thoroughly different things that some theologians treat the Mass separately in an entirely different connection.

The Mass is indeed something essentially different from the Eucharist as a Sacrament. Wyclif, Luther, and other heretics retained the latter but repudiated the former.

A Sacrament serves primarily for the sanctification of souls, whereas a Sacrifice has for its object to glorify God by adoration, thanksgiving, prayer, and expiation. The recipient of the one is man, of the other, God”​


Yet, the Catechetical Refutation only discusses the NOM as sacrament. I explained in the Refutation (#8) that:

“The Canons of the Council of Trent from Session VII quoted above dealt with all the sacraments in general, and definitively declared how grace works through them (i.e., The Council was not here considering the sacrament of Holy Communion specifically, much less any particular Rite of Mass); this latter discussion was reserved to Session XXII.”

But the discussion of whether or not a profaned (I will go even further, and say an illicit and illegitimate) rite transmits grace is not a subject the Catechetical Refutation enters into, precisely because the question is unanswerable:

There are no approved traditional Catholic sources to have ever considered the question of an illicitly and/or illegitimately promulgated Rite approved for use in the Catholic Church, precisely because such a thing was, before the Council, inconceivable. The contention made in the Catechetical Refutation, per Trent, is that the new Mass as a valid sacrament infallibly transmits an increase of sanctifying grace to well-disposed communicants, and therefore justifies Bishop Williamson’s contention.

3) Other sources on the position of Archbishop Lefebvre in the early 1970’s.

In Bishop Tissier’s “Biography” of Archbishop Lefebvre, he quotes the Archbishop as advising:

“Make every effort to have the Mass of St. Pius V, but if it is impossible to find one within 40 kilometers and if there is a pius priest who says the New Mass in as traditional a way as possible, it is good for you to assist at it to fulfill your Sunday obligation.” (p. 463)

Unfortunately, though Bishop Tissier quotes the Archbishop, he does not provide a date for this quote. But as it is sandwiched between citations from 1971, 1974, and 1975,. it therefore evinces the Archbishop’s thought during the same period as the quote taken from “A Bishop Speaks” in 1972.

What can be gleaned from the quote from the Biography?

-Archbishop Lefebvre was aware that the precept of the Church was based on the Commandment; that keeping holy the Lord’s day was satisfied minimally by Mass attendance; that attendance at a “reverent” Novus Ordo met this minimal standard.

-The wording is not that of a begrudging permission or toleration, but of a positive endorsement: “it is good for you to assist at it.”

Is this position consistent with the reading the bishop’s adversaries would give to the quote from “A Bishop Speaks” (i.e., That ignorant/well disposed Novus Ordo communicants are not receiving the transmission of sanctifying grace from the sacrament)?

If so, then why did Archbishop Lefebvre, at approximately the same period in time, say it was good to assist at it?

And if it was both offensive to God, and imparted no grace, then how could he say it fulfilled the Sunday obligation (which is based on the Precept to keep holy the Lord’s day)?

Giving the quote the reading Bishop Williamson’s opponents ascribe to it makes of Archbishop Lefebvre an ultra-legalistic Pharisee (i.e., It makes him say that, despite the Novus Ordo being offensive to God, and worthless -or even harmful- to the faithful, nevertheless it is good to attend it because we have a Sunday obligation to fulfill).

Notice that in rending their interpretation of Archbishop Lefebvre’s words as declaring that even ignorant, well-disposed communicants receive no sanctifying grace from valid Novus Ordo communions, they are implicitly condemning the Archbishop of a logical fallacy:
“Quod gratis asseritur, gratis negatur” (“That which is offered without proof, can be dismissed without proof”).

In other words, the quote they hold out contains no supporting rationale at all to defend the assertion they mistakenly believe the Archbishop to be making.

As such, their argument represents nothing more than an unsupported assertion (presumably an argument from authority, which St. Thomas Aquinas teaches is the weakest form of proof).

And while admitting that Archbishop Lefebvre’s words certainly carry weighty authority, in fact misconstruing his words to create such an argument means there really is no argument from authority at all:

They have made out the Archbishop to have offered a most severe judgment, without offering any support for it!

Is that the Archbishop Lefebvre we know?

Is it not much more probable that:

C) The reading Bishop Williamson’s opponents would give to the quote is incongruent with other writings of the Archbishop on the subject at roughly the same time period (which would unwittingly impute incoherence to Archbishop Lefebvre);

D) Neither will you find Archbishop Lefebvre making this argument anywhere else (least of all in the quote from “Open Letter to Confused Catholics,” which will be addressed elsewhere);

E) Neither does the “Ottaviani Intervention” make this argument (the steering committee of which was directed by Archbishop Lefebvre). Yet, if the Archbishop really believed well-disposed communicants at the Novus Ordo did not receive grace from their Communions, one would have expected that argument or position to be have been frequently reflected in his sermons, conferences, writings, and by the SSPX….which it is not.

F) Neither is the claim that no grace is received by well disposed communicants at a valid Novus Ordo made in Campos’ famous “62 Reasons to Avoid the New Mass,” yet one would have expected such a reason to rank highly among the other 62 were it true.

But even if you wanted to dismiss all that, and hold the misconstrued quotation out on it’s own, you would still run into the issue of logical fallacy:

For all the reasons adduced above, the evidence is hugely against the interpretation Bishop Williamson’s opponents would give the quote from “A Bishop Speaks.”

It would have been quite a remarkable and momentous thing in Tradition for Archbishop Lefebvre to have stated that well-disposed communicants do not receive the transmission of sanctifying grace at a valid Novus Ordo Mass.

The quote provided from Archbishop Lefebvre at the beginning of this post does not make this argument.  It is instead addressing the Novus Ordo as a Rite, not as a sacrament (and probably even here, only in the context of invalid Novus Ordo Masses).

As such, this quote neither addresses nor refutes points #7-8 of the Catechetical Refutation. The only way to conclude otherwise, is to dispute the legitimacy of the distinction between sacrament and sacrifice (a distinction insisted upon by all approved traditional Catholic theologians).