No Grace from the New Mass (Part II)? 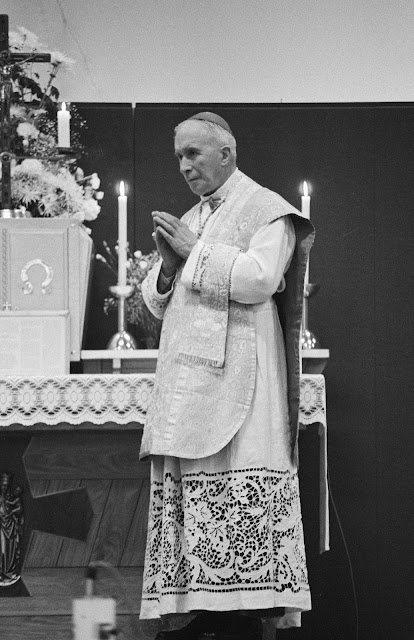 Objection: But what about the quote of Archbishop Lefebvre from “Open Letter to Confused Catholics?”
Response:
The quote in question is this:
“It is all wasted because the holy Sacrifice of the Mass, desecrated as it is, no longer confers grace and no longer transmits it.”[1]
Note firstly, that it is only by excising this quote from context, and presenting it to the world in a univocal sense, that the impression of Archbishop Lefebvre declaring all Novus Ordo Masses to be graceless is maintained.
But look what happens when we reinsert the quote into the context within which those words appear:

“In Poitiers on Holy Thursday the same year, a big spectacular celebration consisted of the indiscriminate consecration of loaves and jugs of wine upon the tables from which everyone came and helped himself.

Concerts of secular music held in churches are now generalized. Places of worship are even made available for rock music events, with all the excesses that these habitually involve. Some churches and cathedrals have been given over to debauchery, drugs and filth of all kinds, and it is not the local clergy who have then performed ceremonies of expiation but groups of the faithful rightly disgusted by these scandals. How can the bishops and priests who have encouraged these things not fear to bring down divine punishment upon themselves and their people? It is already apparent in the fruitlessness of their work. It is all wasted because the Holy Sacrifice of the Mass, desecrated as it is, no longer confers grace and no longer transmits it. The contempt for the Real Presence of Christ in the Eucharist is the most flagrant sign by which the new mentality, no longer Catholic, expresses itself. Even without going as far as the rowdy excesses I have just mentioned, this is noticeable every day. The Council of Trent explained without any possible doubt that Our Lord is present in the smallest particles of the consecrated bread. What are we to think then of Communion in the hand? When a Communion plate is used, even if the Communions are few in number, there are always particles remaining. In consequence, the particles now remain in the communicant’s hands. The faith of many is shaken by this, especially that of children.”[2]

Thus, by providing context, it becomes quite obvious that the Archbishop’s comments pertain specifically to the outrageous Masses he has just described as desecrations (i.e., Masses with drug use, rock and roll concerts, and “filth of all kinds”), and not to all Novus Ordo Masses.

But to snatch the Archbishop’s words from context, and present them to the world in a univocal sense, depicting them as the Archbishop’s denial of the transmission of sanctifying grace to well-disposed communicants at all valid Novus Ordo Masses is plainly an unjust, expansionary application of the Archbishop’s actual words.